What Does Biohazard Mean? 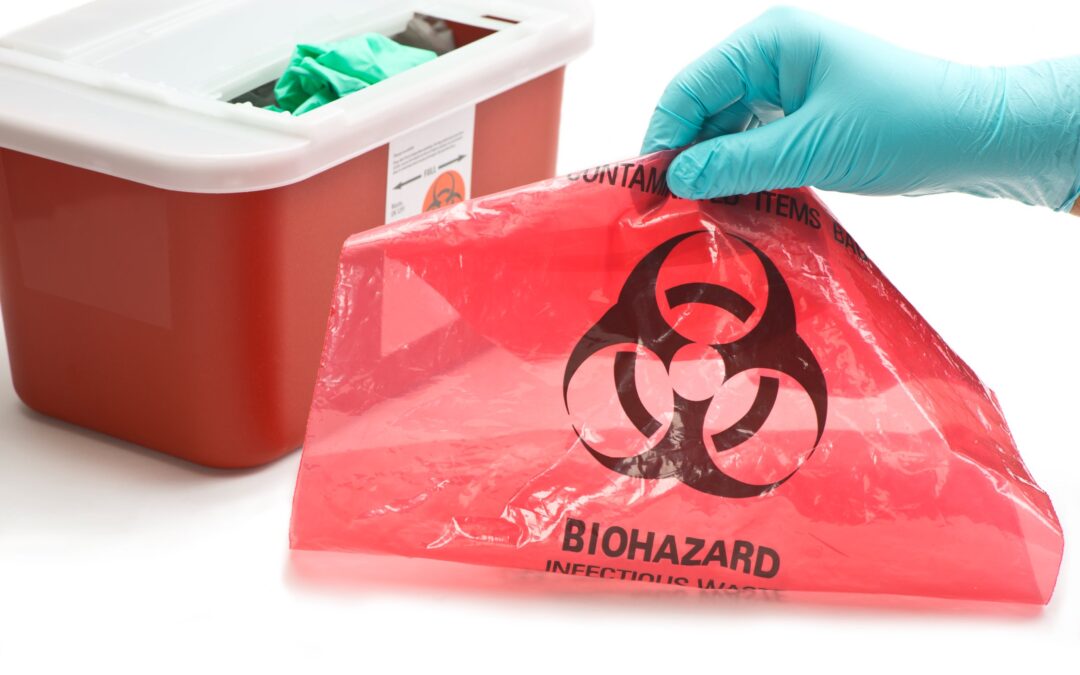 The world is full of dangerous materials that pose a threat to humans, animals, and the environment. While some materials are more dangerous than others, they’re all worth avoiding if you want to maintain a happy, healthy, and rewarding lifestyle. After all, your body is a temple.

One term that gets thrown around rather tirelessly in today’s society is ‘biohazard.’ Movies, video games, social media, the government, work, etc. – it seems to be everywhere we look! Still, it’s one of those terms we always see, yet most of us don’t really know what it means.

Sure, we know it means potential danger – but what type of danger? A danger to who? If it is dangerous, what can we do to avoid it? Or better yet, what can we do to dispose of it? Don’t worry, we’re going to answer all of your most pressing questions about biohazards below – let’s get started!

What Does Biohazard Mean?

According to Merriam Webster, the word ‘biohazard’ refers to ‘biological hazards. agents or conditions that are dangerous to humans or the environment.’ The three major classifications of biohazards are infectious agents, plant or plant products, and animal products – all of which pose a threat.

Since biohazards are dangerous to humans, animals, and the environment, it’s best to avoid anything that might be considered a biohazard and report it to officials right away. If not disposed of properly, the biohazard can result in harm or even death – depending on the severity of it all.

What Does Biohazard Symbol Mean?

We’ve all seen the biohazard symbol before and we understand what it signifies, but where does the biohazard symbol come from and is there any meaning behind it? Well, it was actually created in 1966 by Charles L. Baldwin of Dow Chemicals and Robert S. Runkle of the NIH.

Baldwin was after a ‘memorable, but meaningless’ symbol – that way, they could define the symbol with their own meaning. He wanted the design team to create something that was:

Today, the biohazard symbol is used internationally and is one of the few symbols that anyone will recognize. We see it in science class, we see it in the movies, we see it in video games, and we sometimes see it in real-life scenarios. Either way, it’s a universally-recognized symbol.

Earlier, we briefly discussed the different classifications of biohazards (infectious agents, plant or plant products, and animal products) and the four different levels of biohazards. I don’t know about you, but it’s clear that biohazards come in many different shapes, sizes, forms, and more.

Let’s take a look at some of the most prominent examples of biohazard and medical waste:

There are nearly 200 different hazardous, toxic, allergenic and carcinogenic biohazards that exist today. Some of those that are at an increased risk of exposure include medical personnel, farmers, miners, fishermen, divers, plumbers, sewer workers, zoo personnel, and much more.

Biohazard waste doesn’t have much use to humans, animals, and the environment – in fact, there’s nothing good and everything bad about biohazard waste. That’s why it must be disposed of immediately and properly to ensure it never hurts anyone or anything that’s exposed to it.

Let’s take a look at the most effective ways of disposing biohazard waste properly and safely:

According to the National Hazard Exposure Worker Surveillance (NHEWS), there are five biohazard control measure categories that should be taken seriously in order to prevent exposure – including protective clothing, engineering, warnings, waste disposal, and training.

Where Do Biohazard Waste Go?

One thing we get asked often is where biohazard waste goes after it’s sealed and disposed of properly. There are five major options to consider here and they each have a use – incineration, autoclaving, mechanical/chemical disinfection, microwave treatments, and/or irradiation.

Incineration is the most common, accounting for nearly 90% of all biohazard waste. Autoclaving, also known as steam sterilization, is reserved for microbial life and eventually ends up at the sanitary landfill. The other options aren’t used as often, but can be useful in certain situations.

Have you recently come across a biohazard area that needs to be cleaned and disposed of? Are you looking for a company that specializes in remediating biohazard waste? If you answered ‘yes’ to either of those questions, then contact Crime Scene Cleaners NW today.

Contact us today to learn more about our services or to schedule an appointment with one of our experts – we can’t wait to help make your life a little less hazardous.