What is a Crime Scene? 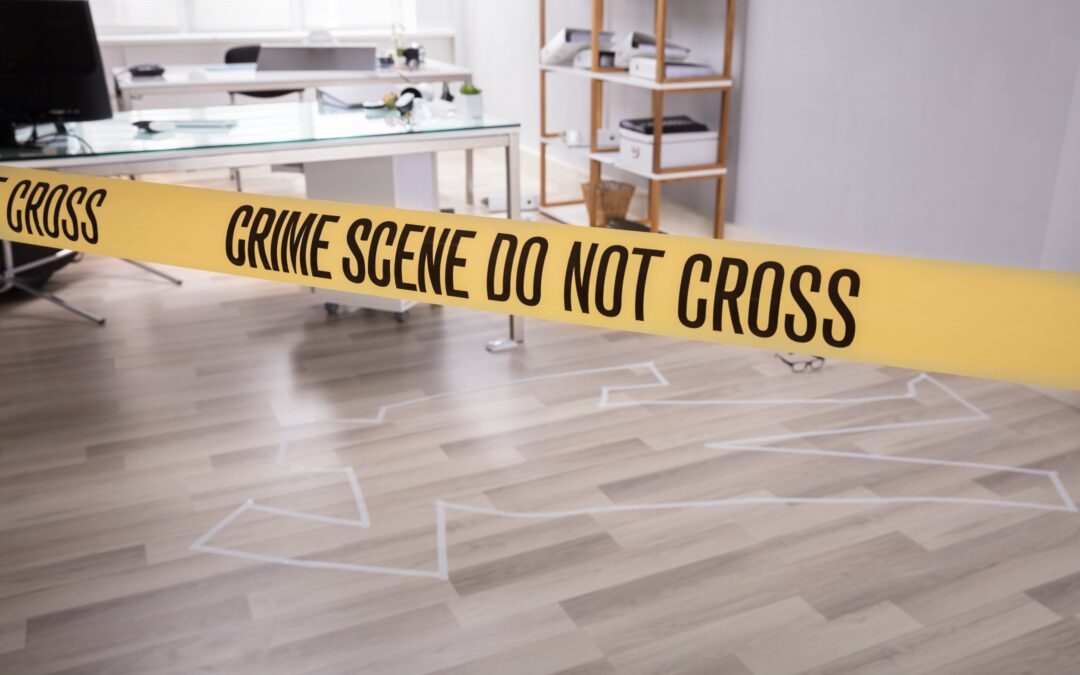 There were more than 24,000 homicide deaths in the United States in 2020 – 19,000 of which were caused by a firearm. There are also 2.5 million burglaries every year in the US, roughly half a million rape victims annually, and hundreds of thousands of people are reported missing.

Investigators, detectives, law enforcement, and examiners are hard at work around the clock every single day to do whatever possible to solve each case. Without their help, a lot of these crimes would go unsolved and it would incentivize more crime to take place in the future.

With the amount of crime and violence that occurs in the world, someone has to step up and investigate to ensure justice is served and an arrest is made. And while that’s often easier said than done, the crime scene often holds all or a majority of the clues needed to solve the case.

What is a Crime Scene?

A crime scene is any location, place, scene, or area that might contain evidence related to a crime and/or ongoing investigation. Where the crime occurred is one of the first things that’s established when the detectives and crime scene investigator arrive on the scene. It’s where most of the clues and evidence will be found.

With that said, maintaining security around the crime scene area and keeping a close eye on who enters or exits the crime scene is essential. The last thing you want is someone that’s not supposed to be there ruining crime scene evidence on purpose – or on accident, which can and will happen. 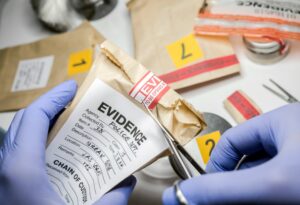 Items of Interest at a Crime Scene

When officers, investigators, and/or detectives arrive at the crime scene, they start searching to collect evidence and examine later. While every crime scene is unique and you never know what you’ll find, there are several items that are of key interest to the criminal investigation.

Let’s take a look at what detectives are looking for at the entire crime scene:

When an item of interest is collected, it’s important that gloves are used to avoid getting fingerprints on everything. Items of interest are photographed, documented, and bagged before being taken to the lab or receiving room for further examination. Hopefully, they find something.

How to Examine a Crime Scene

Examining a crime scene requires a controlled and highly-monitored environment. Everything and everyone must be accounted for. Any stone that’s left unturned could be the difference between a solved case and one that falls through the cracks – you have to be on your ‘A’ game.

Let’s take a brief look at the primary steps involved when examining a crime scene:

Once the detectives get everything they need from a crime scene, the investigation continues as forensic specialists analyze the evidence and witnesses are questioned. Some crime scene investigations are longer than others and while you want to get answers, you don’t want to rush. 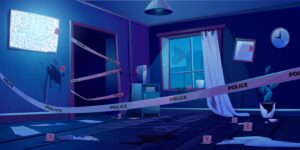 How to Preserve a Crime Scene

One of the most important things to the primary crime scene is the preservation of it. A damaged crime scene won’t be of much help to the detectives, which is why law enforcement takes such high measures to keep the crime scene safe and unbothered – though not always successful.

Here are some of the measures taken to preserve crime scenes — especially an outdoor crime scene:

From the moment someone arrives at a crime scene to the moment they leave, they must be on high alert at all times – not just in search of evidence and clues, but also in hopes of not damaging anything of interest. The same goes for anyone that stumbles on a crime scene. 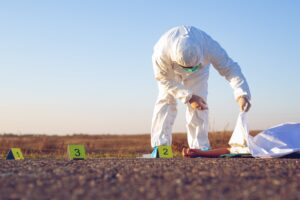 How to Clean a Crime Scene

When crime scene investigators and law enforcement are done at a crime scene, they typically don’t have a team to clean the crime scene up. Instead, that responsibility falls on the property owner – even in the case of a murder. Unfortunately, most people don’t have the tools or skills necessary.

The process usually involves disposing of anything that can’t be kept, disinfecting items that are being kept, identifying problem areas, cleaning from top to bottom, scraping dried material, scrubbing areas that need it, disinfecting the area, deodorizing the area, and dispose of waste.

Has a crime or death occurred in your residence or business? Do you want to ensure the cleanup process is handled by a professional? If you answered yes to either of those questions, then you’re in luck because Crime Scene Cleaners NW is here to serve you – contact us today!